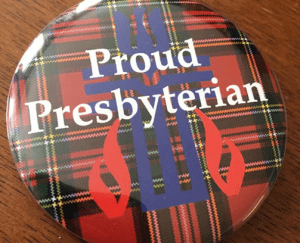 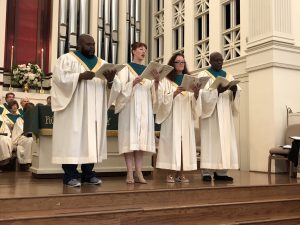 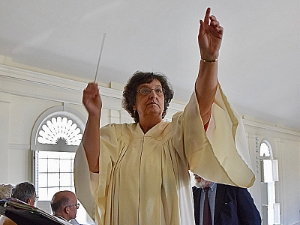 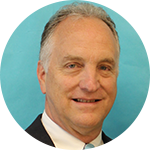 David grew up in Knoxville, Tennessee, graduated from the University of Tennessee, and he is a big UT football fan!  He graduated from Columbia Seminary with a Masters of Divinity, and later earned a Doctor of Ministry from McCormick Seminary. He and his wife, Zoe, are the parents of two children.  His daughter, Merritt, is a Senior at the University of Tennessee, and his son, Hunter, is a Sophomore at Appalachian State University. After college, David worked for over eight years in Medical Sales, but finally answered a persistent call he felt into the ministry.  A life-long Presbyterian, David enjoys preaching, teaching, and all forms of church fellowship.

David has served three churches as an Installed Pastor for over 22 years, but recently felt led to an exciting new challenge of interim ministry.  David said, “As an Interim Pastor, I have the privilege of shepherding a congregation between one Installed Pastor to the next.  Together with the congregation, we discern God’s vision for the church’s future, which then guides us to a pastor who shares and is prepared to lead the church into that vision.” 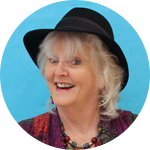 Jacqui Horton is a Virginia Beach native who graduated from First Colonial High School, attended Old Dominion University, then traveled to Greensboro, N.C. to achieve her BA in Religion from Greensboro College. For twenty five years she served as Director of Christian Education and as Youth Minister in churches located in Virginia, North Carolina, and Oregon. She has a passion for storytelling, creative writing, and Biblical teaching for all ages.

She feels a strong calling to help individuals identify and grow their talents by enabling them to serve church and community in fulfilling ways. Jacqui says “A-ha!”, is her favorite word because it evokes images of wonder, discovery, and joy as we seek a closer relationship with God and one another. Jacqui is proud of her young adult daughter Kelly, who resides locally. Her hobbies include cooking, needlework, reading, music, learning about and laughing with people. 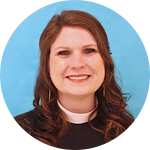 The Rev. Lyndsey McCall received her bachelor’s degree with an emphasis in Applied Ministries from St. Andrews Presbyterian College in 2007. In the fall of 2007 she began her studies at Union Presbyterian Seminary in Richmond, VA and earned her Master of Divinity in 2011. Since graduation from seminary, Lyndsey has served as a chaplain in a retirement community, worked for three small rural churches, served as a Christian educator and an After School Director, as well as the Presbytery of the James Youth Ministry Coordinator. Before Lyndsey came to First Presbyterian Church, she was called and ordained in April 2014 as the Director of Monroe Camp & Retreat Center paired with a position as Director of Christian Education at Laurinburg Presbyterian Church.

Lyndsey is particularly passionate about Youth and Camp/Conference Ministry, since these ministries were formative to her faith journey. In Lyndsey’s spare time she enjoys staying busy by visiting family on Lake Gaston in VA, spending time with friends in Richmond, VA, and attending conferences for her continued education. Lyndsey loves to travel to new places and adding pins to her world map after a trip. On her bucket list, she would love to travel to all 50 states and to as many countries as possible. Lyndsey’s dream destination is Bora Bora but feels extremely blessed to have traveled already to Canada, Mexico, China, Korea, Scotland, England, Ireland, Spain, France, and Italy. 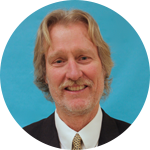 Randy grew up in Norfolk, Virginia. He graduated from The College of William & Mary in 1975 and the University of Richmond Law School in 1977. Randy was a trial lawyer in private practice in Tidewater from 1979 until June 2011 when he retired from active practice. He is a Commissioned Pastor in the Presbyterian Church (USA) and has served as Director of Missions at First Presbyterian since April 2014.

In 2006 Randy made a mission trip to Biloxi, Mississippi with a group from First Presbyterian to assist victims of Hurricane Katrina. In 2007 he organized the church’s first foreign mission trip to Chiapas, México where the group worked with the Tzeltal-speaking indigenous people through Hebron USA, a Christian mission organization. Thus began a life-changing reorganization. In the ensuing years, Randy has worked frequently in Chiapas, spending five to seven weeks annually every summer except one beginning in 2009 in residence in Chiapas coordinating mission trips for Hebron USA. He currently serves on the Board of Directors of Hebron USA and served as President of it from March 2013 until the end of 2017. In 2018 he led the church’s first mission trip to Cuba. We are now in a Covenant relationship with the Presbyterian Church in San Nicolás, Cuba. 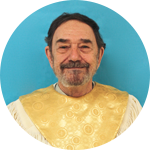 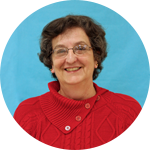 Belinda has served at several churches as an organist and choir director since 1972 and has been directing handbells since 1989. In 1996 she became Director of Handbells at First Presbyterian Church and Director of Children’s Choirs in 1999. Belinda is a member of Handbell Musicians of America and has attended numerous AGEHR conferences to master handbells. In 2004, she received a certificate of Church Music from Virginia Wesleyan College. She is married and has two wonderful children. 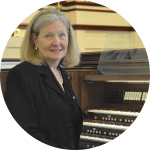 Prior to moving to Virginia Beach, she was the Organist and Choirmaster at St. Mary’s Episcopal Church in Kinston, North Carolina, serving the Diocese of East Carolina for a number of years on the Commission for Liturgy and Music, the Spiritual Resources Commission, and the Schola Cantorum. From 1990-1992 she was the Dean of the East Carolina chapter of the AGO.